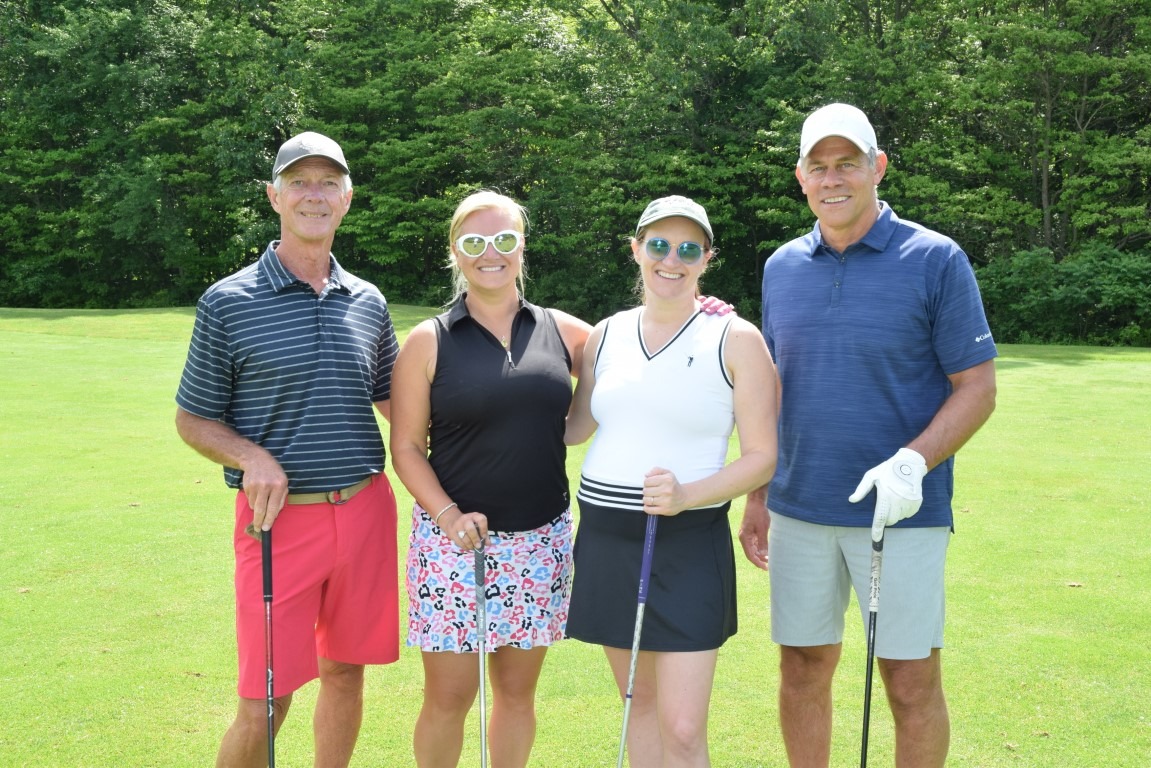 The first ever Drive for Success Golf Outing presented by the Eileen DeVries Family Foundation was a smashing success! The weather was gorgeous as 18 teams hit the links at Scott Lake Country Club in support of our Drive for Success and teen programming. The event raised more than $30,000 to help provide great futures for our teen Club members!

The day would not have been possible without our wonderful sponsors:
Presenting Sponsor: The Eileen DeVries Family Foundation
Silver Sponsors: Berger Chevrolet, Fusion Financial Group, The Campbell Group, Kraft Business Systems and i3 Business Solutions

END_OF_DOCUMENT_TOKEN_TO_BE_REPLACED 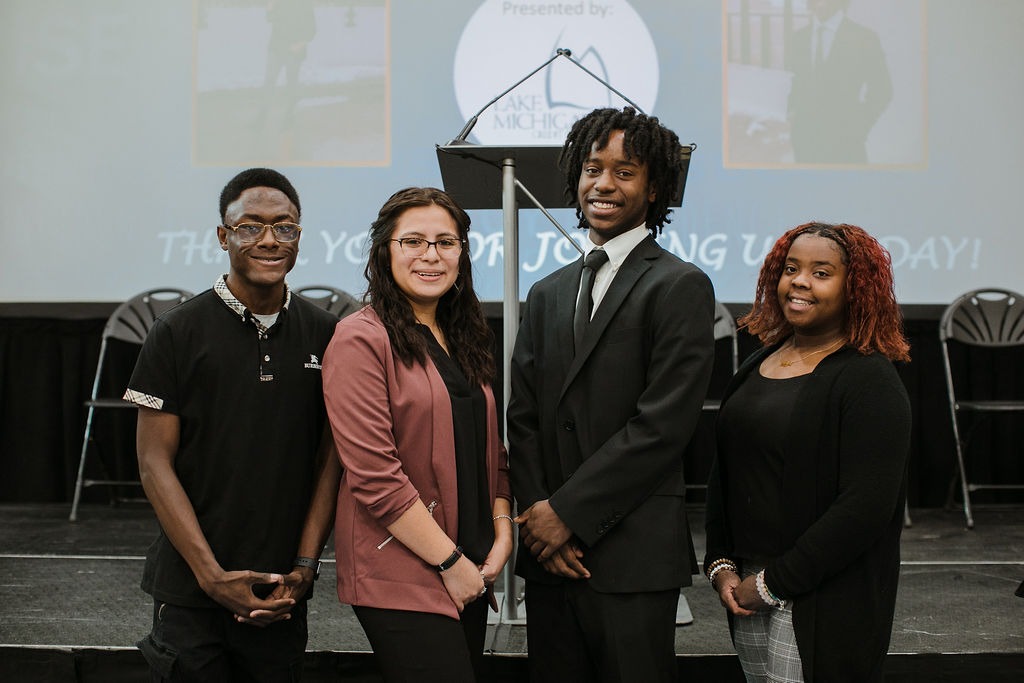 Youth of the Year Event Photos

With the amazing generosity of our attendees and others, we raised a total of $38,495 to go right toward programming and other needs at our Clubs. Your support is vital to ensuring that kids in our community have a safe place to go – a place to truly belong. Thank you from the bottom of our hearts.

END_OF_DOCUMENT_TOKEN_TO_BE_REPLACED 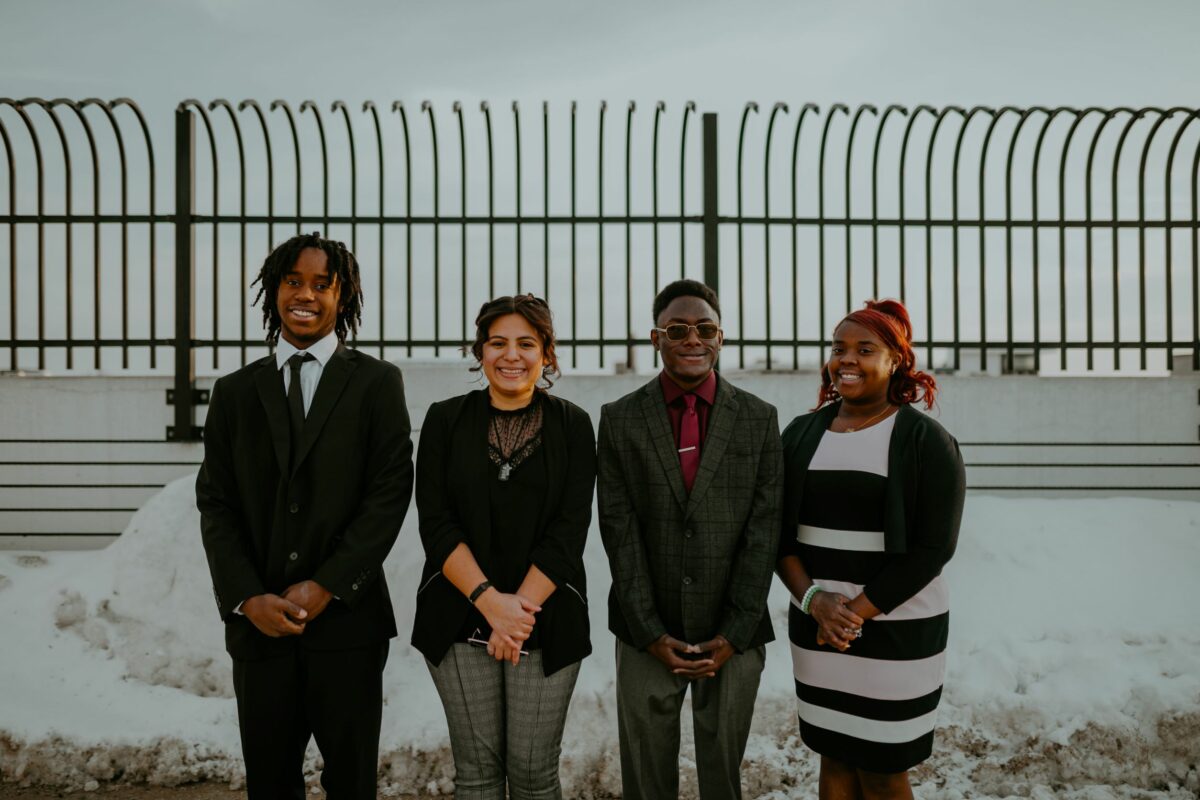 Announcing our 2022 Youth of the Year!

The Boys & Girls Clubs of Grand Rapids announced Jacqueline Calderon (18 years old) as the 2022 Youth of the Year. Calderon received $1,000 in scholarships from presenting sponsor Lake Michigan Credit Union after competing among other Grand Rapids-based youth.

The Youth of the Year is an annual event that honors exceptional Club members who display outstanding character and leadership skills, excel academically, and who give back to their communities. It is the Boys & Girls Clubs of America’s premier recognition program that celebrates young people ages 14-18 for their commitment to community service, academic success, good character and citizenship, and establishing long-term goals.

“The Clubs has certainly impacted my life. It’s given me a chance to discover a few things I probably would not have discovered if I had not stepped through those doors. I’ve learned about parts of me I never knew existed and have grown as a leader,” said Calderon. “As the Youth of the Year, I believe I can represent the youth of America by showing what it’s like to see everyone and anyone as who they are authentically. I want to demonstrate that we can make this world a better place together. I appreciate this opportunity to share what I believe in with my community.”

Calderon competed among four other youth including: Earnest Robinson, Javeonn Morgan, and Justyce McIntosh. Each candidate will receive $500 in scholarships for their participation, courtesy of Lake Michigan Credit Union.

“Being named Youth of the Year is the highest honor a Club member can receive and we are so proud of Jackie for earning this prestigious title,” said Patrick Placzkowski, the CEO of the BGCGR. “Every child has a home at the Boys & Girls Clubs and we are humbled that they choose to spend their time with us. We remain committed to preparing each youth for their bright futures and cannot wait to see what they accomplish.”

The Youth of the Year was determined by a panel of judges. Judges reviewed applications, speeches, interviews and rated criteria based on home & family, moral character, community, school, service to the Club, life goals and obstacles overcome. The mission of the BGCGR is to enhance the character of youth through recreation, education and other positive experiences in partnership with the Grand Rapids Police Department.

END_OF_DOCUMENT_TOKEN_TO_BE_REPLACED 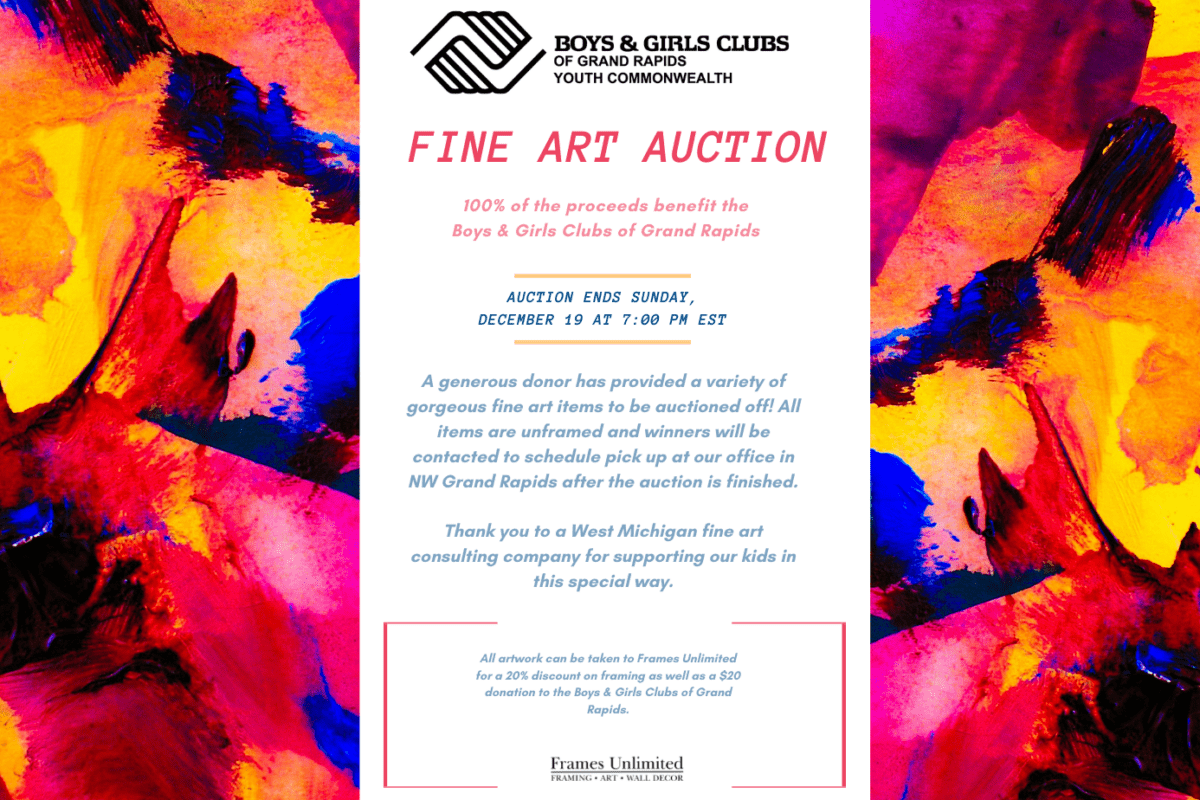 Check out all of the beautiful artwork available for you! We have pieces ranging in value from $75 up to $2,800- with lower starting bids! The best part? 100% of the proceeds go to our much-needed programs and services for kids in our community.

Bidding ends Sunday, December 19 at 7:00 pm- just in time for the holidays. PLUS enjoy 20% off framing at Frames Unlimited, AND for every piece framed, they will donate $20 back to the Clubs!

END_OF_DOCUMENT_TOKEN_TO_BE_REPLACED 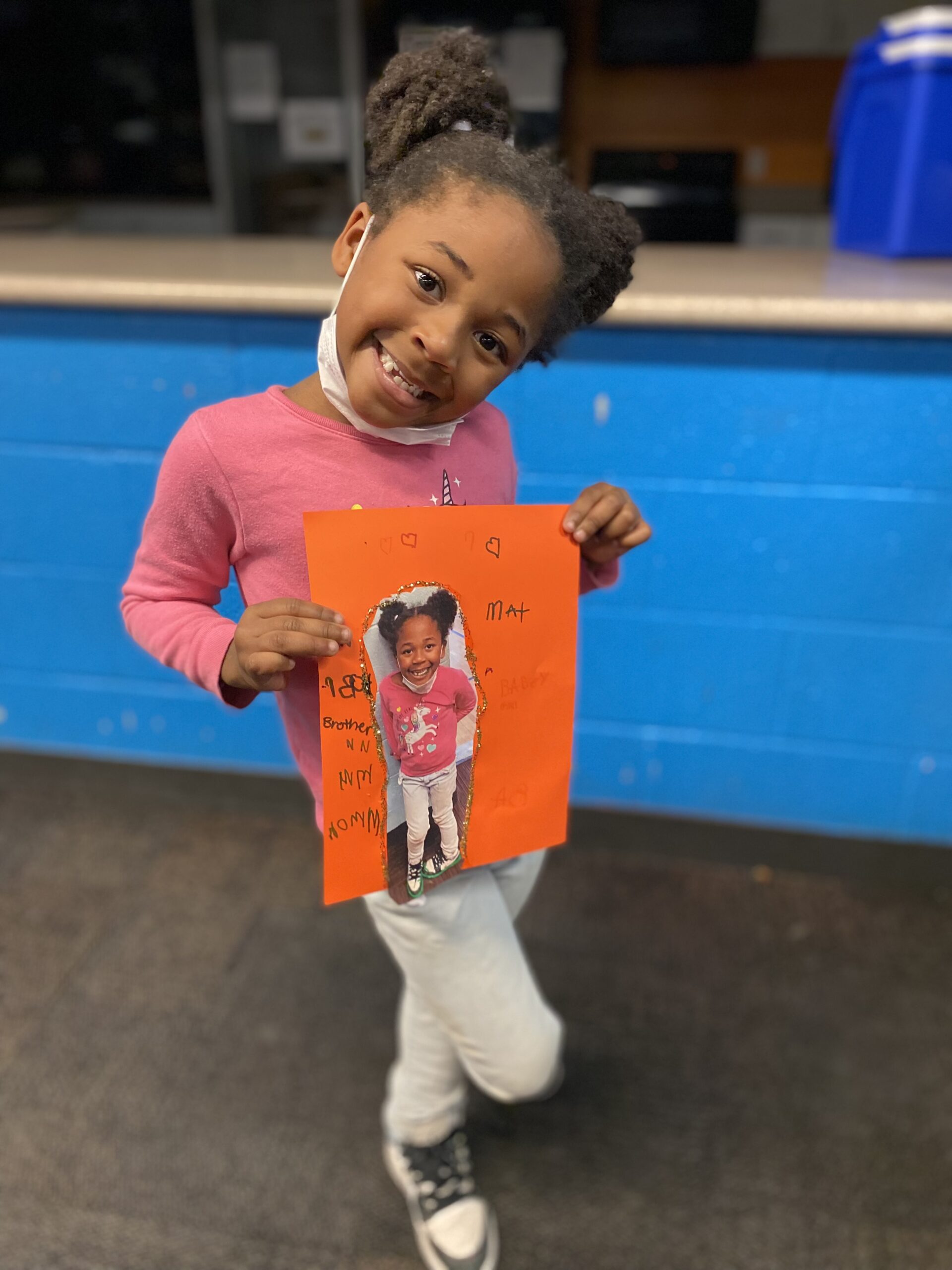 Our Club Members have so much to be thankful for- including YOU and all of our wonderful supporters!

END_OF_DOCUMENT_TOKEN_TO_BE_REPLACED 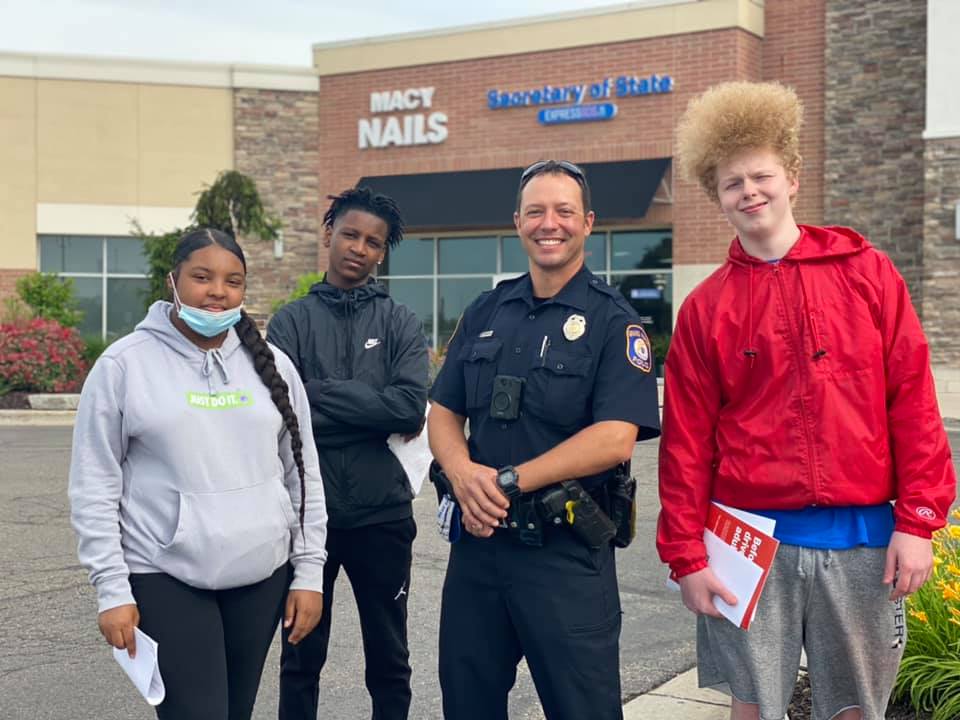 Jaycole Glenn, 16, never thought he’d be driving now. Driver’s training can cost upwards of $600 to complete, and he couldn’t get a permit without it.

“I thought I was going to get it when I turned 18, or when I was older,” said Jaycole. “But now I’ve passed segment one of training and can start practicing and getting ready for segment two. I just got my first job so I can start saving up to buy a car.”

Jaycole is one of six graduates of the new Drive for Success program, started by the community policing officers stationed at the Clubs, Derrick Learned, Ray Erickson and Javo’n Sanders. They saw many teens and young staff members without a permit or license, and wanted to do something to help.

Demand for the program grew exponentially and there are more than 70 young people interested in attending. The next session is slated to begin in October, and we need your help to enroll up to 20 students. If you would like to donate to Drive for Success, please visit www.bgcgrandrapids.org/driveforsuccess.

Congratulations to Officer Derrick Learned for being named a finalist for the International Association Chiefs of Police Officer of the Year award for his role in creating Drive for Success! Only four people in law enforcement around the world are selected as finalists.

END_OF_DOCUMENT_TOKEN_TO_BE_REPLACED 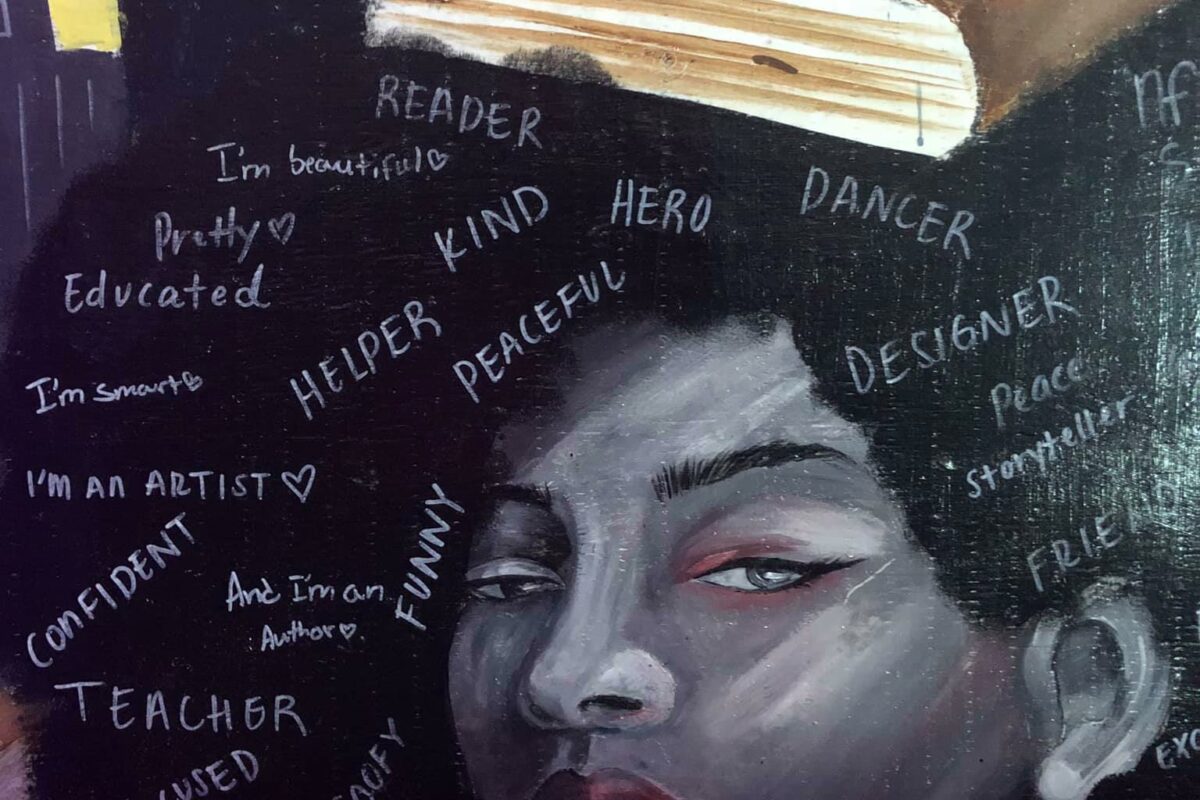 Taniah Ingram is no stranger to the Boys & Girls Clubs of Grand Rapids. She worked at the Club starting in 2017 while in school studying psychology. Now a practicing behavioral health technician and volunteer at the Clubs, she wanted to give back in a unique way – and the Better Beings Creative Mentorship Program was born.

The objective of the Better Beings Creative Mentorship Program is to foster a safe and enriching environment for students to explore their creative niche. It pairs kids with creative mentors to work on art projects while building an understanding of love and belonging, while improving self-esteem and self-actualization.

“The idea for mentorship came about while there was a lot of uncertainty in the world,” explained Taniah. “As a result, I wanted to provide an outlet for expression as well as an enriching environment to do so for the youth in my community. The Boys & Girls Club seemed like the perfect place to begin this journey.”

Club members worked with their mentors to create paintings, drawings and even businesses– all of which were presented at a special showcase event in January.

“I am thrilled to share that our outcome was a success,” said Taniah. “My favorite part of working alongside the children was having the opportunity to witness the overwhelming pride on their faces as they stood next to their completed projects at the showcase.”

Taniah is planning on continuing the Better Beings Creative Mentorship Program again soon and looking forward to welcoming more Club members to participate. Thank you, Taniah, for being an outstanding volunteer!

You can keep up with the Better Beings Creative Mentorship Program on Instagram at @betterbeingsproject.

END_OF_DOCUMENT_TOKEN_TO_BE_REPLACED 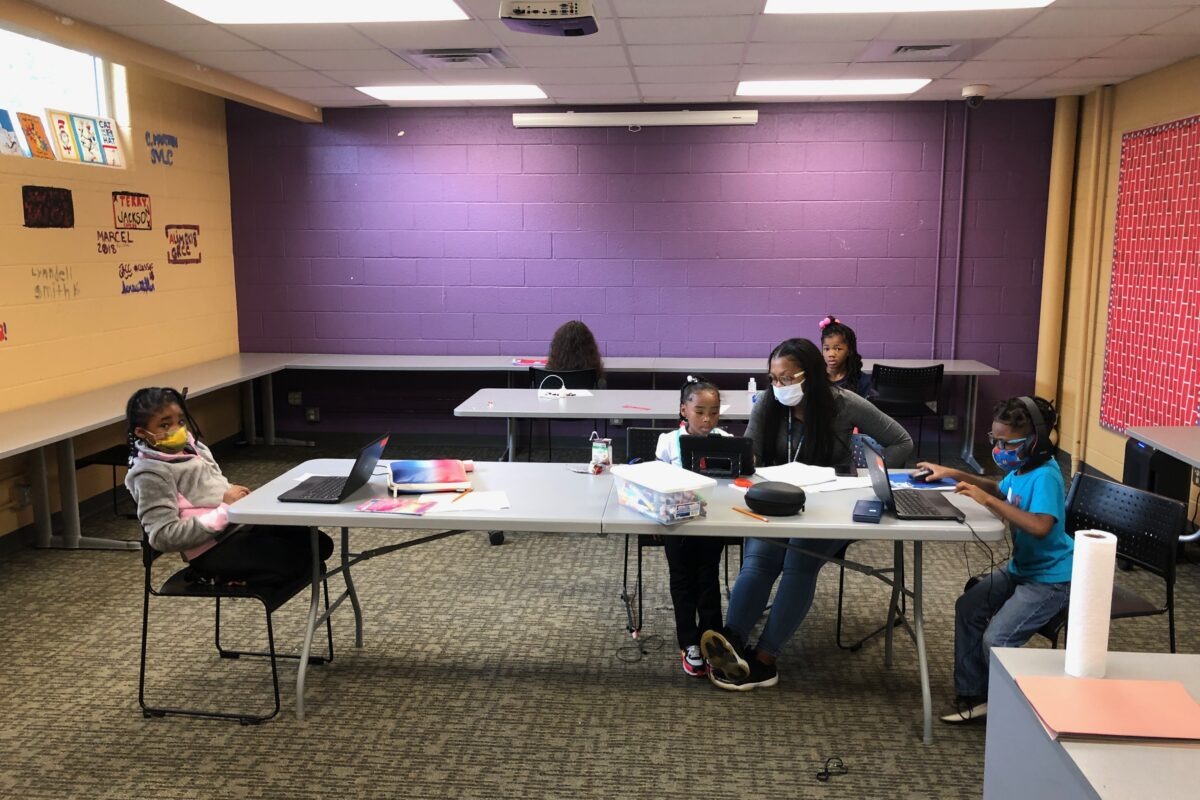 For many students, the virtual learning environment has been challenging. For others, it’s been nearly impossible.

Students like Ebony, 7, struggle with online classes. She has been attending our Learning Assistance program and is staying on track, but it’s still tough.

“Ebony is very bright and does really well with in-person school,” said her mom, Mariah. “But she has a really hard time with the online learning. I work fulltime and it was so difficult to help her keep up in the spring.”

Thanks to all of the wonderful support from caring donors like you, Ebony has a place to go for the assistance and guidance she needs. With dedicated staff and a structured environment, she is able to attend classes online but also benefit from daily personal help.

“I am so thankful the Boys & Girls Club is offering this option,” Mariah said. “I don’t know what we would do without them.”

Local school officials are equally as grateful for the program. Many educators are at a loss for how to best help students who struggle with online learning. Programs like the Learning Assistance Program help fill in the gaps.

Now more than ever, your support is helping our kids navigate these unprecedented times. During this season of thanks, we are forever grateful for our caring community ensuring all of our kids have access to a bright future.

END_OF_DOCUMENT_TOKEN_TO_BE_REPLACED 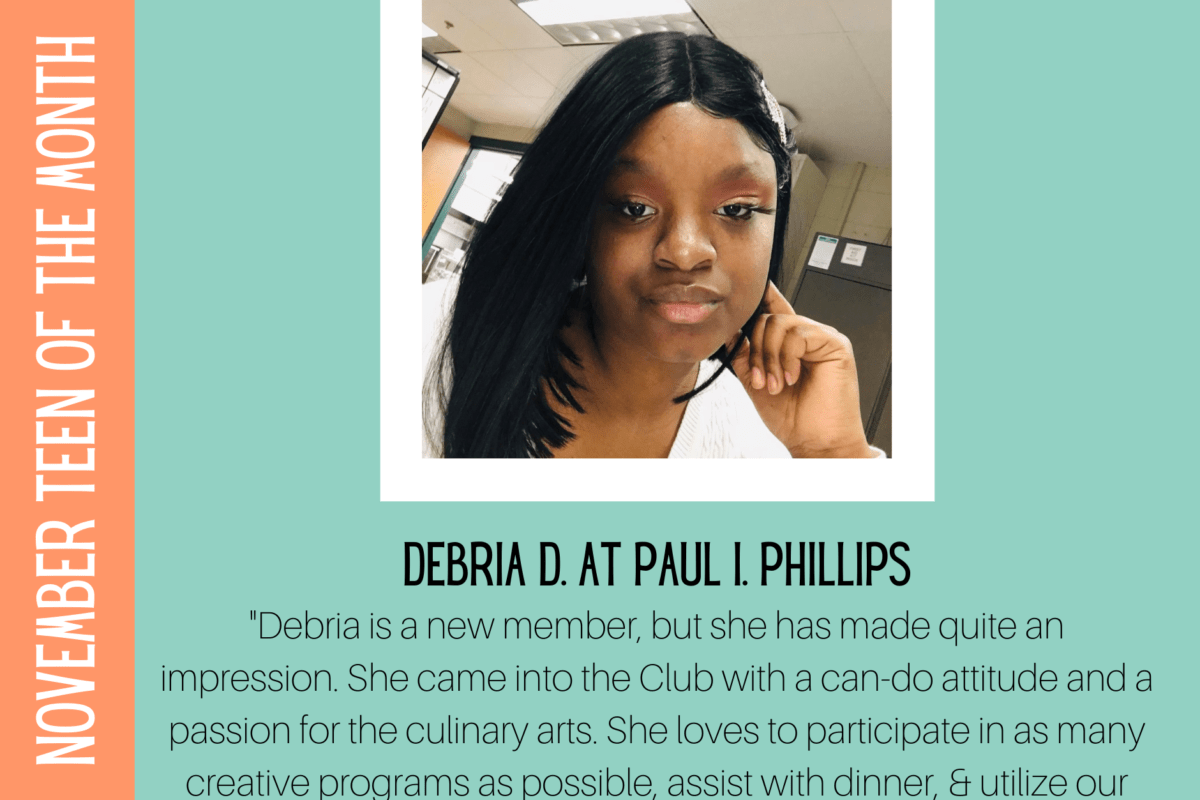 Check out our star Club members and staff for the month of November!

END_OF_DOCUMENT_TOKEN_TO_BE_REPLACED 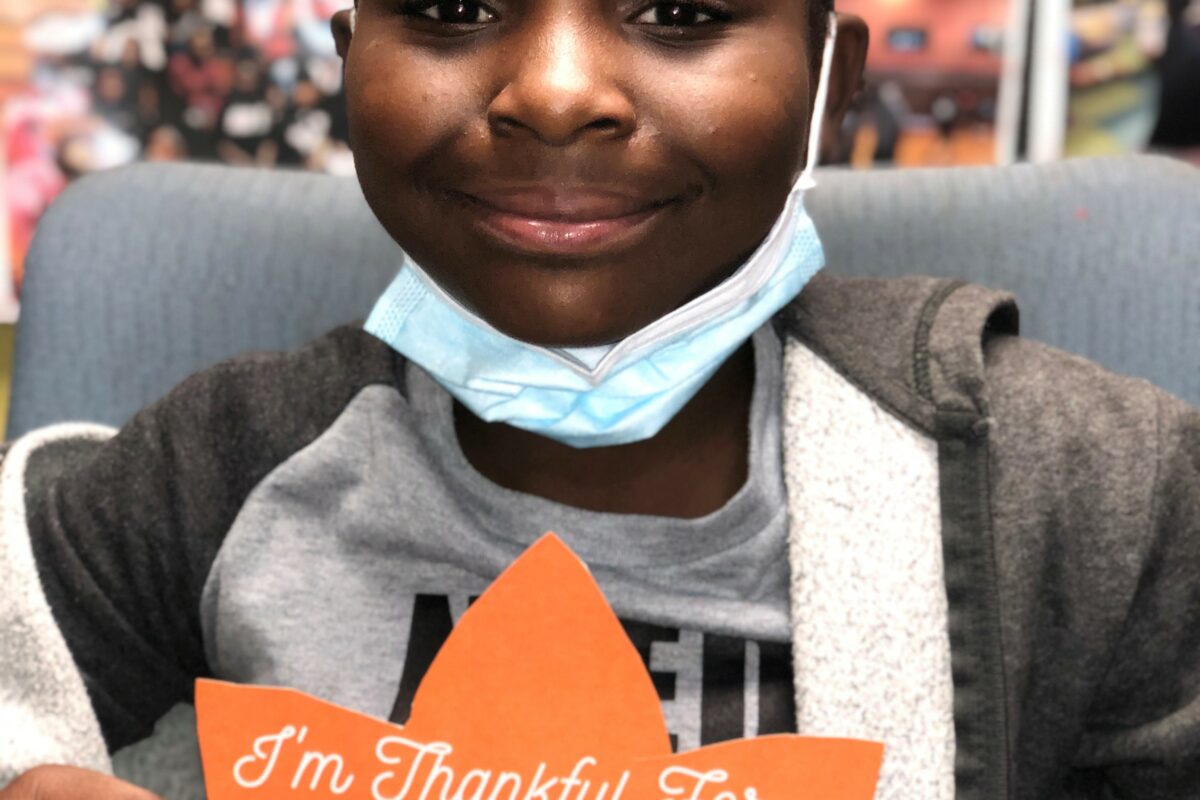